How Much Users Would Pay to Use the Most Popular Apps? 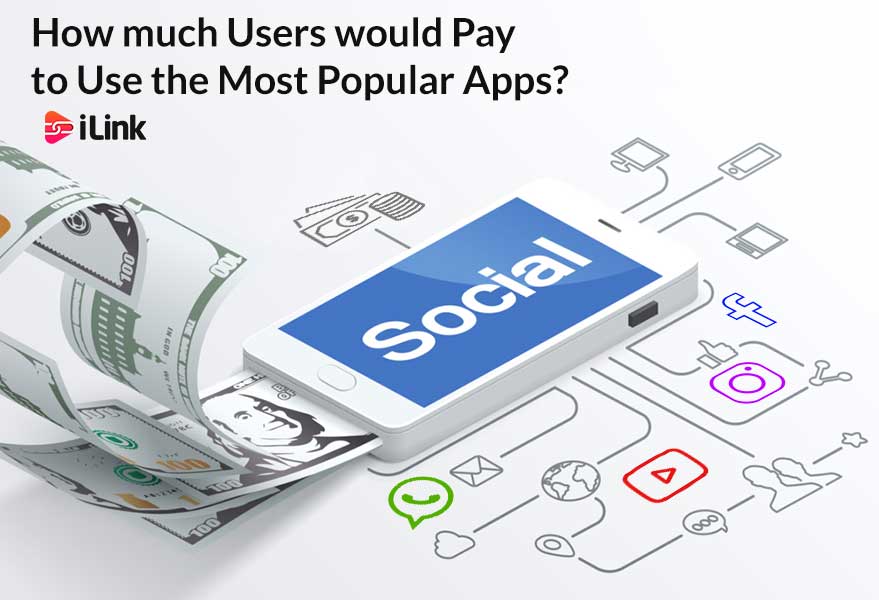 Recently an interesting survey has been done by the McGuffin Group showing how much money would one be willing to spend on their favorite apps if they had to pay for using it and it showed some surprising result.Have you ever thought what would happen your favorite and the popular social media apps which are mostly used these days, were not free, and you had to pay for them? How much would you be willing to pay to use your favorite app if you were to purchase a monthly subscription for it?

This is a question which has been going around since last year when Facebook users were fed up of the advertisement they would get now and then on the platform, and they started suggesting that Facebook be funded in ways rather than advertising, and that was when they came up with the suggestion that Facebook should assign a monthly fee that asks users for payment in order to use this popular app because they prefer to pay a monthly subscription rather than watching advertisement all over Facebook.

Later, this suggestion was totally rejected by Mark Zuckerberg, the founder of Facebook, and he announced that Facebook will always be free to use, aside from advertisement, and users would never need to pay to use the app.

Below are the prices users would pay to use popular social media apps if they were not free: 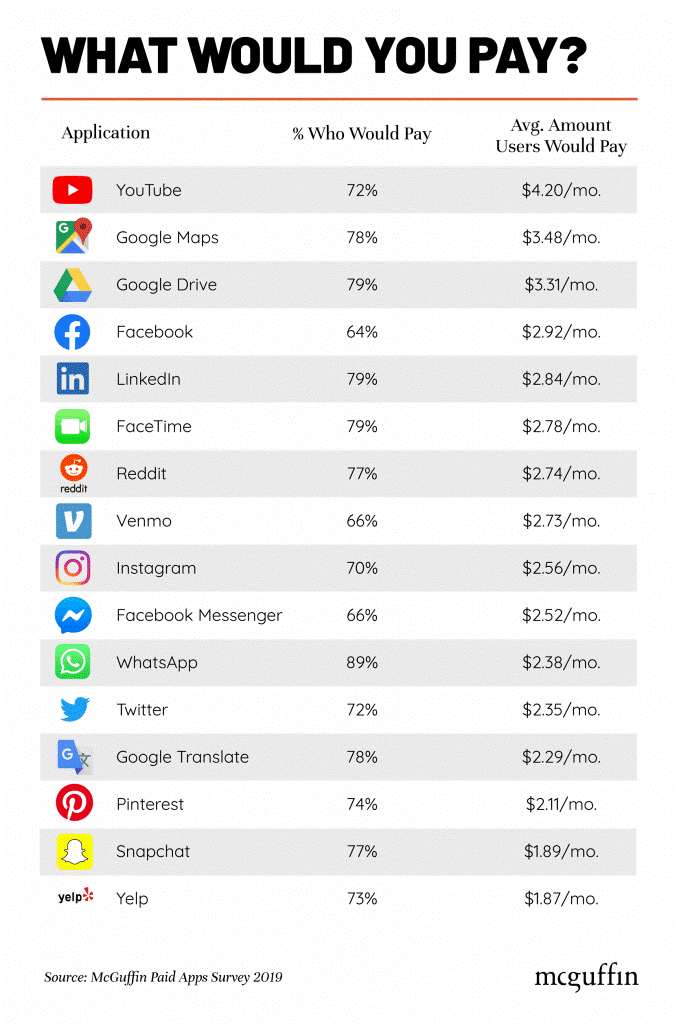 The results might surprise you a bit since your guesses of the top apps among users, might be different from what this survey has found out. Due to this survey, social media app users are willing to pay the highest price of the monthly fee on YouTube! In the second and third place after YouTube, come Google map and google drive which names you have not seen so often in any list of the most popular apps but this survey has shown their true value among users. Who thought one would be willing to pay about 3.48$ monthly, to use google maps? But that is what people might do if they had to subscribe to their most-used apps.

Another thing to mention is that as you can see, LinkedIn holds a higher place, and people decided to pay more on this app rather than top social media platforms such as Instagram, Snapchat and Twitter. This highly remarks the value LinkedIn holds as a much more professional app, especially for job seeking. And that’s what convinces people to pay monthly to see their job chances and to get employed. 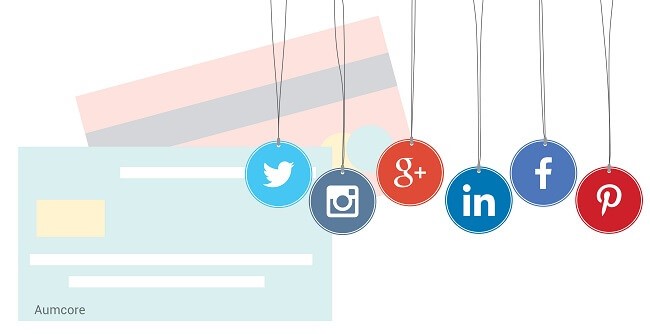 All the prices the respondents have announced they would be willing to pay to use a certain app does not look much, and none of them would exceed 50$ a year, which is acceptable.

Also, you would surely find it interesting that women have chosen Google Maps, Facebook and Pinterest for 20% more monthly subscription while millennials would pay 78% more for Instagram and 42% more for Google Maps than baby boomers.

Overall, this survey was taken from only 2000 users and did not define any exact price. Besides, none of these apps have ever said anything about charges and subscription fees, and they have remained free until now but even thinking about this assumption is interesting. So imagine you would have to pay to be able to use your favorite apps or the top social media platforms, how much value would you assign for them? Share with us in the comment section.

Article Name
How Much Users Would Pay to Use the Most Popular Apps?
Description
Recently an interesting survey has been done by the McGuffin Group showing how much money would one be willing to spend on their favorite apps if they had to pay for using it and it showed some surprising result.
Author
Roman Sozonov
Publisher Name
ilink
Publisher Logo