How to hide online status on Facebook?
How to Add WhatsApp Link to Instagram Bio?
What is a Landing Page and How to Drive more Traffic to it? 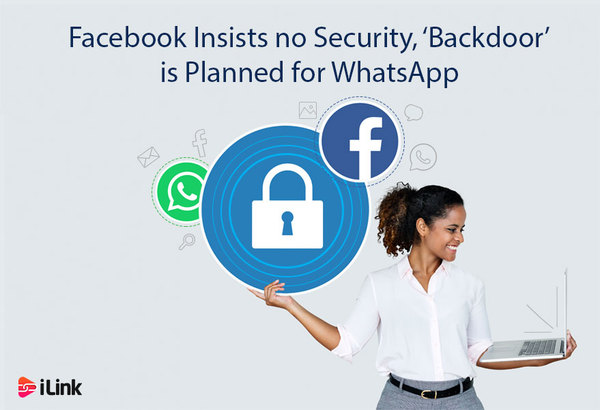 Billions of people use social media platforms every day, and among all of them, WhatsApp is one of the most used networks which provided the end-to-end encryption in 2016 for all forms of communications such as text message and voice calls. It kept them private and ensured users that they have a safe conversation, and no one could access them, even the company itself.

Despite all we mentioned, Forbes published several posts recently that were written about Facebook, which is the WhatsApp’s owner. They told about having a change in end-to-end encryption; Facebook plans to detect abuse by implementing a feature to scan messages directly on WhatsApp users’ phones before they are encrypted.

“To be crystal clear, we have not done this, have zero plans to do so, and if we ever did, it would be quite obvious and detectable that we had done it.”

It is crystal clear that any end-to-end encrypted app can backdoor its own code without people knowing about it, which is totally unfair.

By scanning WhatsApp users’ messages, the moderation would be performed by content classifiers, which is not a human and it is a machine or artificial intelligence that reacts according to models to recognize specific images and decides whether it is violating the terms or not. Moreover, it keeps contents that violate Facebook’s policy such as hate speech, nudity, and pornography.

But it has also been said that the content and image filtering has nothing to do with WhatsApp and they were going to do it for Facebook, but as Facebook and WhatsApp belong to the same person, it is predicted that the change is for both of them.

The content and image filtering are about preventing them from being sent in the first place before they are posted. To be clear, it would detect a hate speech and simply prevent the WhatsApp user from sending it.

In general, the end-to-end encryption is the only way to secure user’s data and privacy, and this is an important issue that we shouldn’t overlook because users will have no privacy while they are using Facebook or WhatsApp and such famous platforms may lose millions of their users by scanning messages.

Article Name
Facebook Insists No Security,‘Backdoor’ Is Planned for WhatsApp
Description
Facebook plans to detect abuse by implementing a feature to scan messages directly on WhatsApp users' phones before they are encrypted. End-To-End encryption is the only way to secure the user's data and privacy
Author
Roman Sozonov
Publisher Name
ilink
Publisher Logo