How Often Should I Post on Social Media in 2018? 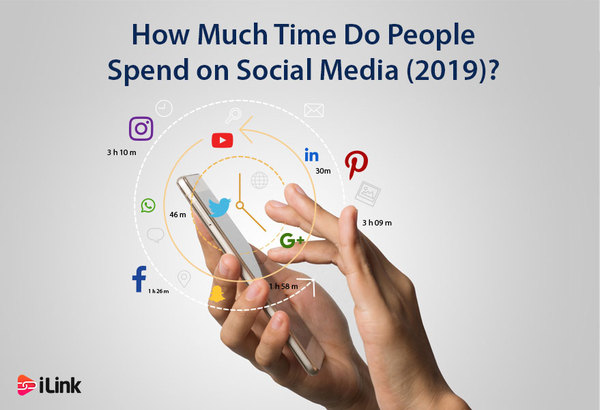 Nowadays, our world seems to be dominated by social media. People spend long hours in there doing different stuff such as checking on their friends’ updates, replying to comments, finding pieces of information, marketing their business, etc. But for what? For socializing, filling in their free time, making money, learning, or just because they are addicted to social sites.

It’s interesting to know how much time users devote to social media platforms daily, monthly, yearly, or in a lifetime, no matter the motivation behind it. The time might depend on the type the social network, the region, the age range, or other factors. Let’s get into numbers.

The time spent on social media per day has been rising significantly from an average of 1 hour and a half in 2012 to 2 hours and 23 minutes in 2019. This data shows the increasingly important role of social media in the modern world and why many businesses should give primacy to social media for marketing purposes.

In America, a survey was conducted to get insights into how often people use social media on a daily or weekly basis or less often. It was shown that about 75% of Facebook users visit the platform at least once a day, which justifies the popularity of this social network. The next popular social platforms are Instagram and Snapchat, respectively.

Another study was performed in the United States, for which some of the data is summarized below:

It’s no surprise to say that the youngsters in the age range of 16-24 years old are on top of the list regarding global daily social media use. They spend about three minutes a day, while for older generations the time decreases by increasing age. The data is shown below (Although the data is for the year 2018, it can also be used for now as a fundamental change is not expected):

Another survey indicates that 20% of 16-24-year-olds spend more than seven hours a day in the social networking sites, which is an issue of considerable concern according to online experts. In fact, this age group is wasting most of their precious time doing unnecessary stuff in the digital world while the time can be spent doing something more productive such as doing sports, learning a skill, reading books or simply interacting with peers in the real world.

Is spending time on social media worth it?

It’s not easy to say whether social media is a waste of time or a useful medium. It really depends on the reason why you are using it. For instance, it has undeniably become a major part of marketing for different businesses and brands, and so they have no choice but to put a huge amount of time and effort into it. Regular users are also fans of social networks as a valuable tool to keep in touch with their loved ones or learn about a diverse range of topics.

On the other hand, many experts relate the excessive social media use by teens to their anxiety and isolation and ask parents to take control. Social media addiction is also being seen in adults as well as youngsters and affects mental health negatively. So, in some cases, social media can put us in serious danger, and its use should be restricted.

People spend more time than ever on social media. It is deeply affecting our lives, whether we are personally using it or not. Facebook is the most popular in the world having the largest number of users in which people spend more time compared to other social networks such as Instagram and Twitter. Most of these users are young people between the ages of 16 and 34 years old.

How much time do you spend on social media? Track your daily activity online and share it with us in below comment section. (If you have an iPhone, you can check your screen time on each app in your settings.)

Article Name
How Much Time Do People Spend on Social Media (2019)?
Description
It’s interesting to know how much time users devote to social media platforms daily, monthly, yearly, or in a lifetime, no matter the motivation behind it. The time might depend on the type the social network, the region, the age range, or other factors.
Author
Antje Jager
Publisher Name
ilink
Publisher Logo