WhatsApp Threats that every one Should Know 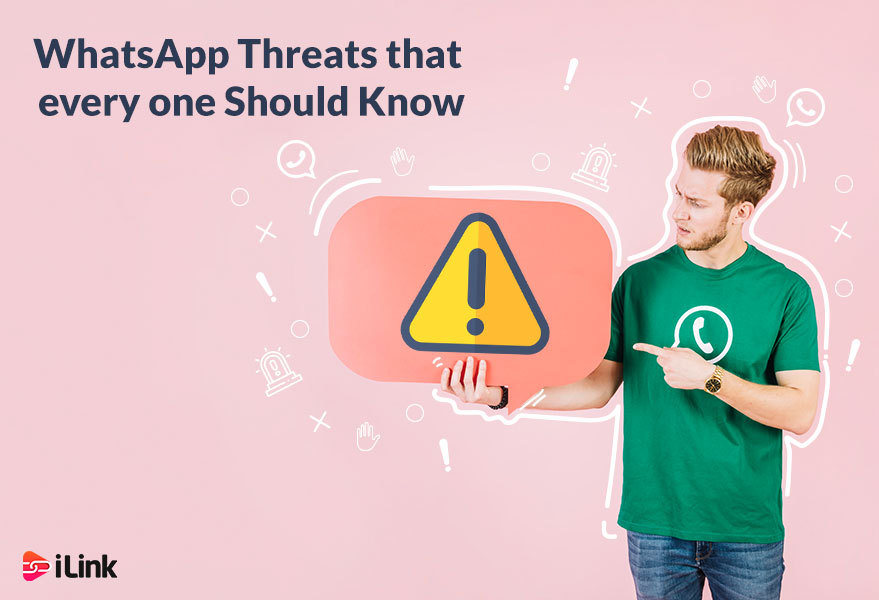 WhatsApp Messenger is an online freeware texting platform which attracts a large number of people around the world, especially in Brazil, India, United Kingdom, and France.

It may surprise you to hear who the owner of WhatsApp is?

Mark Zuckerberg who almost everyone knows him released WhatsApp in January 2009 which created the client application, and it could reach to the high level to be the most popular massaging application in 2018 with over 1.5 billion users.

Being big enough doesn’t make a platform flawless, and WhatsApp is not exception too. There are some weaknesses and threats that it’s better for users to know.

Every application that has a vast number of users are always in a danger of hacking, especially when there be a web version of it. Because it makes it easy to compromise your computer.

There some application that is mostly the same as WhatsApp web version which people get confused, but you should be aware of the threats which can get all your data and accounts. The other way to get your information is to design some similar website same as the web version of WhatsApp and people are not aware of that. They ask you to enter your phone number to abuse the information. So the safe way to use this application is the official web version.

WhatsApp texting system is end-to-end encryption, which means the only device that can decode your messages is yours.no one can understand your content during the transmission, not even the company’s headquarter. This is a great option that you can back up your all messages in Google Drive for Android system and iCloud for iPhone users.

Now imagine you have deleted some Important parts of your messages, and you need them, what should you do? This WhatsApp backup option will give you the opportunity to restore your deleted data such as massages, videos, or pictures. Everything was fine so far, So why do we mention this option as a threat. What’s wrong?

A problem is a place you store your data because none of Google drive or iCloud are encrypted, which is against the backup system itself, the backup location is not safe because there are no encryption possibilities.

The deal between WhatsApp and Facebook break the agreement.

After Facebook decision to get WhatsApp, Facebook had a contract with the EU to separate their companies and all the statements. But after a while, things have changed, and Facebook forgets their agreements. In the new version of WhatsApp’s privacy policy in 2016, the data shared between both platforms. But the reaction was not the thing they want; Facebook decided to create a combined network structure for all its texting platforms (Facebook, Instagram, WhatsApp). In this new system, all your messages will share and store over the same network.

What do you think about this option? Is it good or bad?

Recently WhatsApp put some limits into forwarding messages. You can only forward messages to 5 people or group which was 20 in the past. Turning 20 to 5 is not something that happens by chance or personal favor. So, why they choose to limit the number of forwards?

You cannot always guess what will happen if you run one theory; it doesn’t matter how big you are.

WhatsApp was also one of these social media platforms that cause misinformation in Brazil and India. That was easy to spread the fake news with just your phone number; people abuse this situation and created campaigns against a candidate in Brazil 2018. The same thing happened in India, but that was about child kidnapping through 2016, 2017, and 2018.

Because of that 2018 was a terrible year for Facebook, Cause misinformation annoys the most especially when it is in digital space, which is tough to handle and control.

Facebook should have rapidly solved the problem, because of that, they add two options that I mentioned one of them, the other one allows users to choose who can add them to a group.

These two options could make them get back to their safe place.

Creating one powerful platform that provides users need is one big step to be successful, But you cannot count on that for a long time, your users are growing, and of course, their need will grow too. Besides, there are a lot of competitors that are trying to attract your audience by giving them more options.

WhatsApp was no exception. First, it just gave users the right place to start texting with each other, but as time goes on, thing have changed, and people wanted more. So WhatsApp added new features which allow users to share their photos, texts, and videos with others.

You may say this option is the thing that Instagram and Snapchat gave too. But WhatsApp is the right place for those who care about private life. Cause WhatsApp gives you more option to choose your contact.

There are three options under Who Can See My Personal Info

The wind-up of the topic, Should we use WhatsApp?

To be honest, there are no whys in this field; there are a lot of people that have their own reasons to use and select one platform. They may think about the design or content or features that it gives to them, each one of these options can be a main factor to choose their favorite platform. Above this question, all the platforms have their own weak points and power points. It’s better to consider all your targets and needs then choose your suitable platform.